Skip to main content
Riders Registration
We’re used to seeing Hannah Roberts tear up parks all over the world, pulling out insane moves and wowing crowds with her fearless approach. But which celebrity would stun her into silence if they ever met?
In our latest instalment of ’21 Questions with…’ we caught up with the Women’s UCI BMX Freestyle Park World Cup winner to learn more about the girl behind the bike.
Favourite stop on the 2018 FISE World Series tour?
Probably Edmonton, Canada because the course was super fun and I finally landed a flair tuck no-hander in front of an amazing crowd.
Favourite dessert?
Mixed berry frozen yogurt.
Biggest inspiration?
My future. There is so much that can happen and that really keeps me going to do my best!
What is your ‘Go-to’ song?
My Sh*t by A Boogie Wit Da Hoodie
Favourite BMX trick?
A super whip, even though I haven’t been able to land one they look cool.
Favourite school subject?
Math.
Pet peeve?
Bullying in any form.
Early bird or night owl?
I am for sure a night owl, but I don’t sleep much so I am up pretty early.
Favourite fast food?
I try not to eat fast food, but if I had to choose it would be Subway.
Would you rather go forward or back in time?
I wouldn’t change anything about my past, so I think I would go into the future.
Favourite catch of phrase?
SEND IT!
Scariest moment?
Getting hit by a golf cart in China and going to the hospital.
Favourite city or country?
My favourite country has to be Australia.
Favourite smell?
Might be new books – a little weird.
Which would celebrity would you get star struck by if you were to meet them?
If I met Ellen DeGeneres, I don’t think I would be able to talk from shock.
If you could only wear one outfit for the rest of your life, what would it be?
Joggers and a big sweater.
If you were a superhero, what would your name be?
I have no idea what my superhero name would be!
Finish this line: The best thing about FISE World Series is….
The fans!!!
If you could change one thing about the world, what would it be?
Less violence.
What’s the top thing on you bucket list?
Ride a gondola in Venice, Italy.
Best thing about your job?
Traveling and meeting new people!
Follow Hannah’s adventures around the world on her Instagram.
Related event 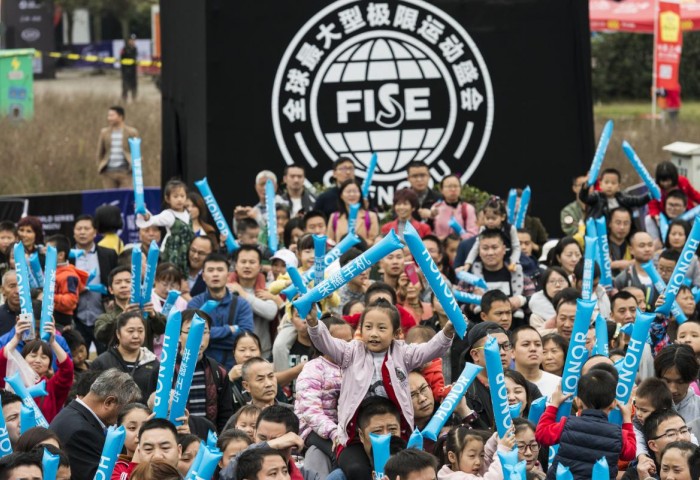 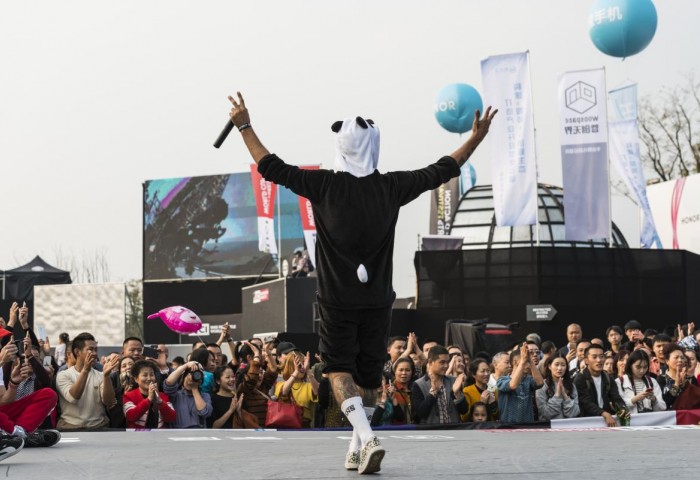 SO MANY INCREDIBLE MOMENTS