Skip to main content
Riders Registration
The FISE World Series 2014 is a wrap!  The last event of the tour just ended in Malaysia and the world can now applaude the first ever FISE World Series Champion: Ladies and Gentlemen, Daniel DHERS!!
After taking part to the 4 stops of the tour (Montpellier, Andorra, China and Malaysia) Daniel truly showed consistency and talent throughout the Series, finishing 2nd in Montpellier, 1st in Andorra, 2nd in Chengdu and 4th in Malaysia.
Daniel Dhers hence finishes the season with even more international recognition that he already had, taking home the World Title and an impressive €12 000 cash prize.
With the rain cancelling the BMX Pro finals, the uncertainty in the overall rankings stuck until the very last minute. A mistake in Daniel Dhers' run would have allowed Alex Coleborn and Logan Martin to climb up the podium steps.
But the Venezuelian performed well under pressure as usual, landing at 4th place in the semi finals. This performance brought him to the top of the rankings, leading him to victory in the eventuality of finals' cancellation.
At the end of the day, it's the rain who decided the riders' fate, leaving the 12 qualified riders for finals in the spot they aquired in the semis. Incredible ending for the 2014 season!
Big Up to Daniel Dhers who becomes the First Ever BMX winner in the FISE World Series history. 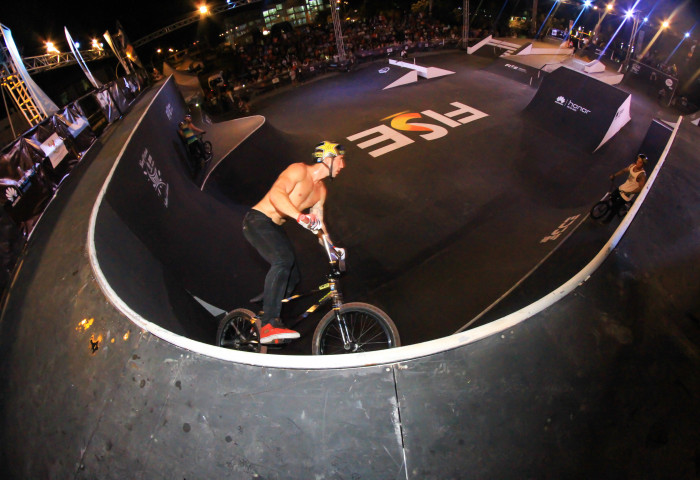 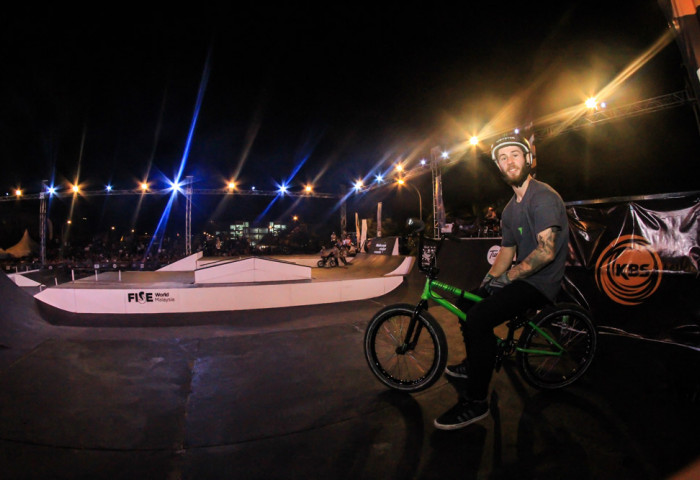