Skip to main content
Riders Registration
What a start to FISE World Series 2019! Have you caught your breath?
Let’s relive the whirlwind weekend one more time…
Newcomers
In the first run of the UCI BMX Flatland final, 18-year-old local boy Ryo Katagiri dropped a 90.00 – a score that the likes of Matthias Dandois, Alex Jumelin and Moto Sasaki failed to top. Japan’s latest “Super Kid” is now at the forefront of the Flatland scene, vying for gold against the sport’s elite.
Hiroshima also welcomed the return of the FIG Parkour World Cup. The rise of Freerunning competitors Christian Harmat, Dimitris Kyrsanidis, Hikari Izumi, and Aleksandra Shevchenko was evident as they qualified for their next challenge at FISE Montpellier.
The Established Order
While newcomers charged the scene, there was no upset to the established order in the men’s World Skate Roller Freestyle Final and women’s UCI BMX Flatland Final.
2018 FISE World Series Overall title holder, Joe Atkinson, came out with signature style and unprecedented tricks that put him narrowly above the rest to start 2019 off with a bang! Reigning Flatland champion Misaki Katagiri proved invincible with her fluid, light riding style as she topped the podium once again.
Hometown Heroes
Skateboard Street and Bouldering Finals were dominated by the home nation with a complete sweep of podium places. Skateboard Street competitors Ryo Sagawa and Nishiya Momiji led the charge for Japan in the Men’s and Women’s Finals respectively. Bouldering young guns Keita Dohi and Ryu Nakagawa adapted to the FISE wall admirably, with gold.
Hometown advantage also prevailed in the women’s World Skate Roller Freestyle Final as Misaki Katayama rose above a fearsome start list to impress the judges and walk away with the win.
Conquering Comebacks
Dominating force Hannah Roberts went down hard during her first run in the women’s UCI BMX Freestyle Park Final, leaving the crowd aghast and judges ruling her out of the competition. However, she rose from the dust to rally for a massive second run that rightly earned her first place with 91.25.
Freestyle Park saw another comeback from Brandon Loupos. Having fallen in his first run he triumphed in his second – landing trick after trick and including a 1080, a double backflip, a 900, and a cashroll. The eye-boggling run propelled Loupos straight to the top with an unprecedented score of 95.80, a figure that withstood everything the remaining riders threw at him.
Big crowds, big riders, big scores – and it’s only getting bigger! After an incredible start to the year in Hiroshima, FISE World Series returns home to Montpellier from 29 May–2 June 2019.
Make sure to get your free tickets! We’ll see you there!
Related event 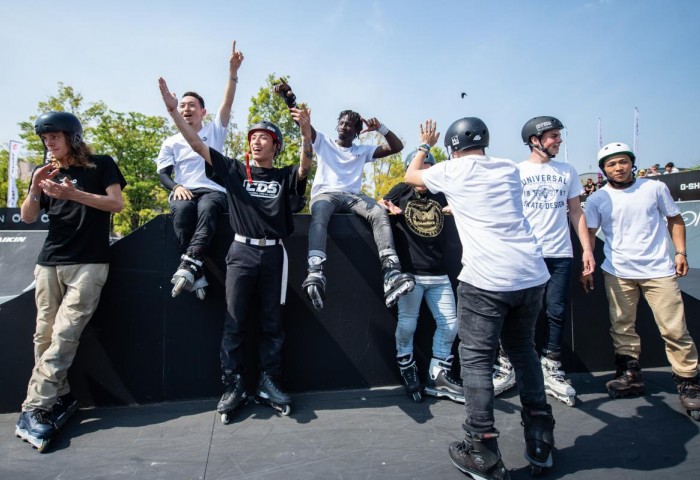