From the women's final this morning, Laury Perez smashed it with big wall, an air whip and an air bar. Coming from Sérignan, she crossed France to achieve as much a victory in the contest as the Winner title of the FFC BMX Freestyle Park French Cup.

In the Pro category, the third step of the podium went to Daniel Wedemeijer who stood out with an international level run, where each of the tricks was enhanced by flawless execution.

After securing the first run, Valentin Antonuccio ensured a second passage which galvanized the public with his Wall to Bus and a Truck to Downwhip on the Spine.

The podium is completed by Anthony Jeanjean, freshly returned from the Tokyo Olympics, who widely opened his box of tricks for the great pleasure of Le Havre spectators. Flair Downwhip, Flip Double Whip, Triple Whip, 360 Downwhip, or even a 720 Cork on the Spine gave him a well-deserved gold medal.

Special mention on the 4th of the day separated from a small point to the podium, Luca Bertrand, who participates this year in his first Pro contests and was quite impressive on today's final - certainly the rising star to be followed on the next stages of the season.

From Marseille to Le Havre with love 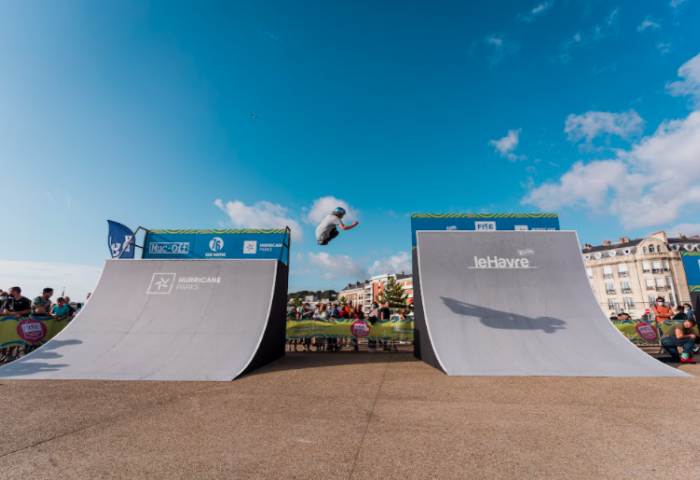 A crowd on fire on the Roller Freestyle Park final