After the celebrations had died down, the parks had been dismantled and the crowds had gone home, we were left with memories of an incredible 2019 FISE World Series (FWS).

With a spotlight on the overall winners, we relive the highs and lows of another amazing action sport Series.  Champions, take it away…

Returning as 2018 FWS Champion, Hannah Roberts took a brutal hit in April during the first run of the FISE Hiroshima UCI BMX Freestyle Park Women’s World Cup. But her comeback was legendary and the rest of the season was an upward curve for the US cycling star.

My highest point of the 2019 FISE World Series

was landing my second run in Japan after that nasty fall in the first run!

This time around I made every part of the FISE World Series fun by surrounding myself with my biggest supporters – loving and caring friends and family, and everyone at USA Cycling.

They were always right there – They made sure I was 100% ready to compete at my best all the time!

My favourite trick of the year was the truck to tuck I pulled in Chengdu during my victory lap!

I learned it a few days before I flew to China, so I was pumped to have sent it!

Does it compare to that time you swapped your bike for a scooter?

was ripping around the China venue on electric scooters with my friends.

I enjoy every moment of my career, but the best was celebrating

the 2019 World Championships win with my closest friends.

The king of consistent, and one of Japan’s fan favourites, Rim Nakamura brought mind-boggling height to the BMX Park and skyrocketed straight to the top of the overall podium!

FWS 2019 was full of memories for the high-flyer…

I fell off the course during the practice [in Montpellier]!

But from funniest moment to best moment of the series, Rim didn’t take anything for granted.

Rounding off his season with the highest of highs (seriously, check out the air!), Rim’s 93.20 run in Chengdu changed the leader board and showed a massive improvement from his Montpellier 5th place. Calling it the peak of his career to date, at just 17 there’ll be plenty more to see (including an evolution from his favourite trick of the season: the 360˚ double barspin to no hander to barspin).

Manon Derrien, France’s own Roller girl, got to relive what her personal highlight when she stepped onto the podium for the second year in a row as Overall Women’s Roller champion in Chengdu.

was the highest point of the 2019 FISE World Series!

Despite battling an appetite problem in China, Manon didn’t let anything affect her domination on the park, or her enjoyment of the 2019 season.

My man for sure has been my biggest support this season, …

the funniest moments were the karaoke parties in Hiroshima with all the Frenchies!

Another of France’s stars – Matthias Dandois, the king of Flatland – made it back onto the World Cup podium. His monumental impact on the sport was demonstrated perfectly during his Semi-Final run in Montpellier to Les lacs du Connemara sung by Michel Sardou.

[That song] playing, the crowd going wild and my family there.

I will remember this run all my life. My lil nephew [was] in Montpellier!

He got so addicted to bike riding after the event and I’m so stoked to ride with him soon!

really good during finals and did that stupid mistake at the end of my run. Oh well…

Shrugging off his lows, Matthias produced a banger of a run in Chengdu that featured his newest, and favourite, trick of the season.

The new one I brought to the table in Chengdu, that snakespin seatgrab barspin thing.

It feels so good that trick.

The best day of your career?

… Today! The past in over-rated.

Misaki Katagiri proved to be Flatland dynamite as she blew up the score board as the season progressed. Improving from a 77.50 during qualification at FISE Hiroshima to an 84.75 at the Chengdu Final, the Japanese rider proved unbeatable on the overall podium.

Not only did Misaki leave an impact on the leader boards with tricks such as her favourite X hand squeaker combo, but she also proved that there is so much more to the sport than just riding!

The best moment of your career?

… making a lot of rider friends in FISE. 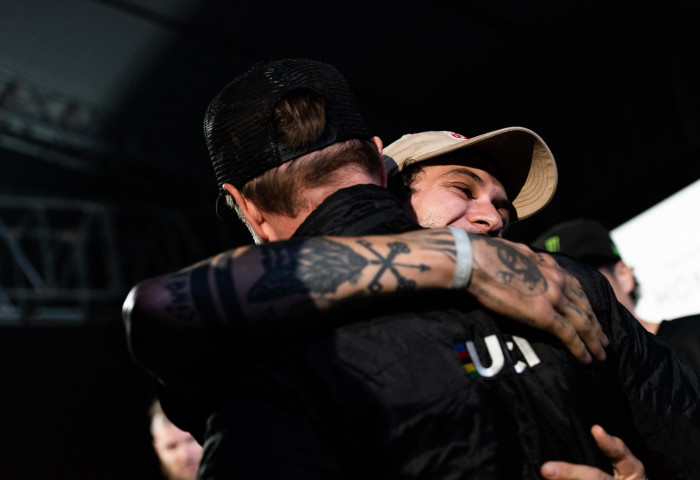 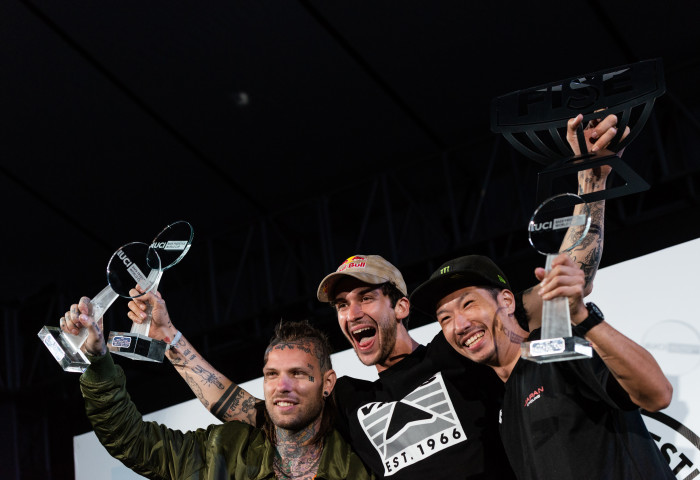